A common question full-stack developers have is “How do I set the environment variables from my backend in my frontend app?”.

How do I set the environment variables from my backend in my frontend app?

For example, your React app might be calling an API endpoint in your backend. You ideally don’t want to hard code this in your frontend app. The main reason being, you might deploy your full-stack app to multiple environments and you’d like your React app to call the right API endpoint.

In this chapter, we’ll look at how to do this specifically between a React.js app and a serverless backend.

Here is a video of it in action.

Let’s look at the two parts of our workflow; developing and deploying.

Here’s what we want to happening when developing locally:

As an example, let’s look at a really simple full-stack SST app. It has a simple Hello World API endpoint. And a React.js app.

Here we are using the ReactStaticSite construct. It allows us to set React environment variables from our API.

Now when we start our local development environment.

SST generates a file in the .build/ directory with the environment that we configured. It looks something like this.

We can use the environment variable in our components using process.env.REACT_APP_API_URL.

We can now wrap our start script with it.

So if we start our React local environment:

It’ll contain the environment variable that we had previously set in our serverless app! 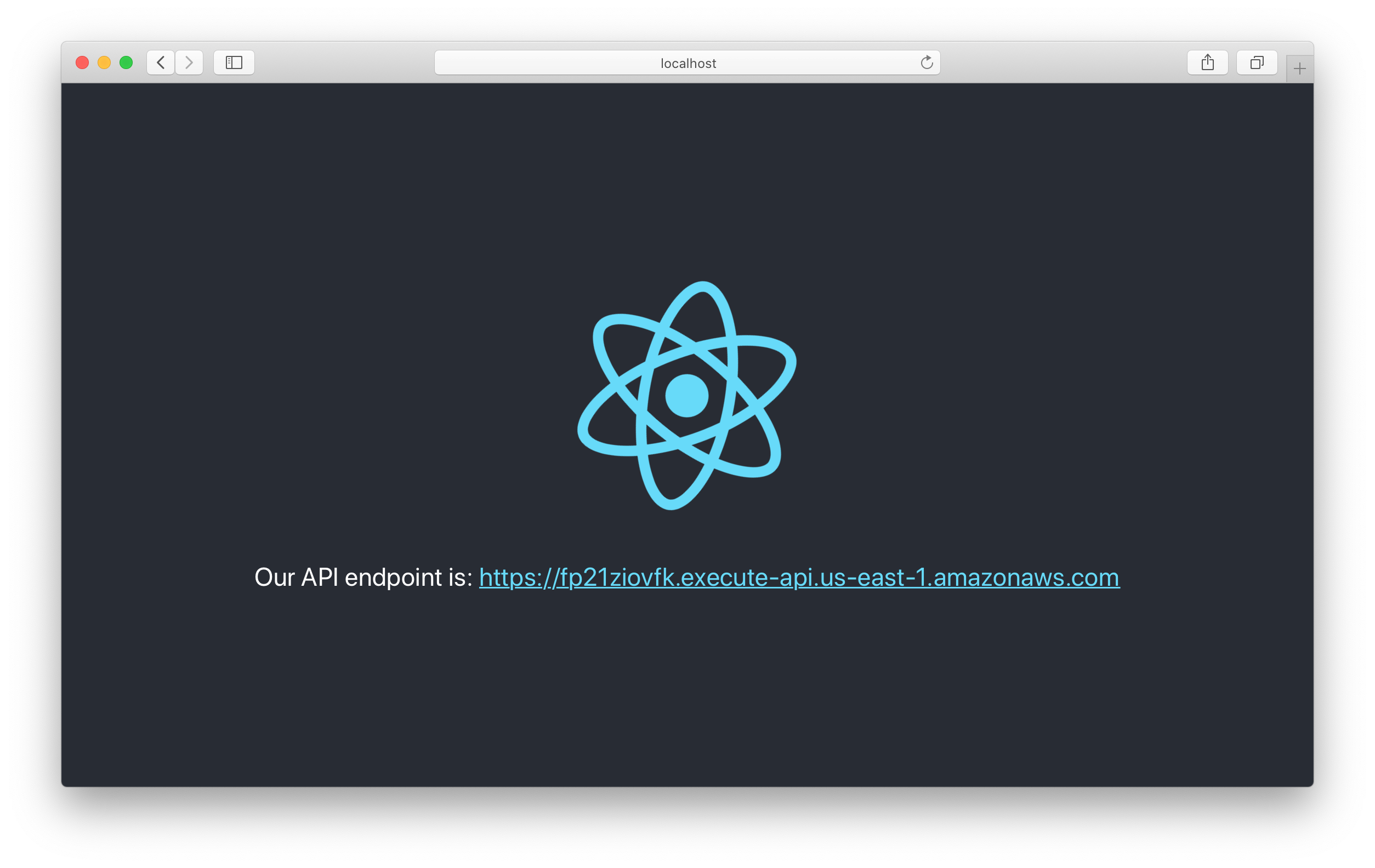 Next, let’s look at what happens when we deploy our full-stack app.

We need our React app to be deployed with our environment variables. SST uses CDK internally, so the flow looks something like this.

SST and the ReactStaticSite construct do this automatically for you. 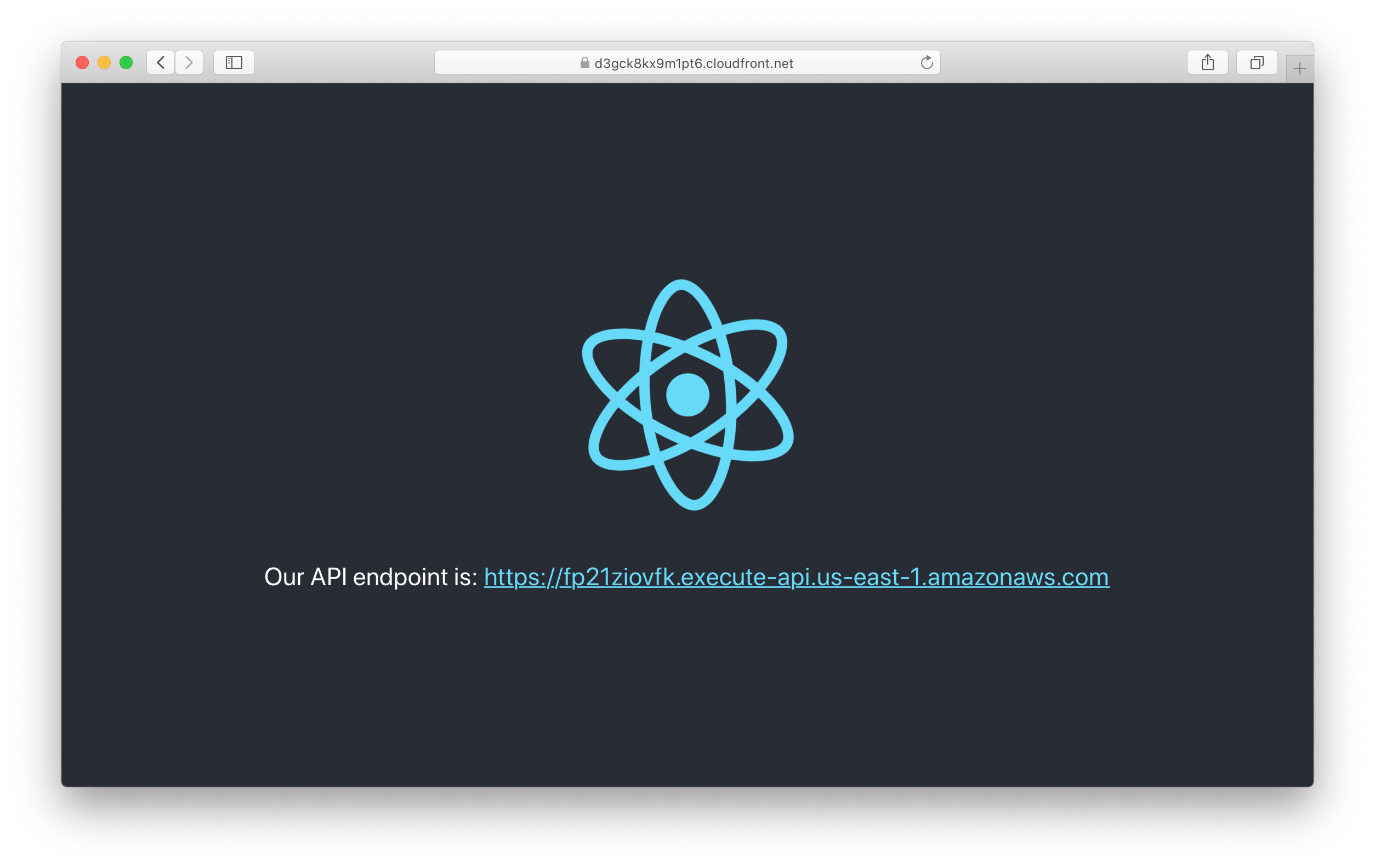 And that’s it! You now have a full-stack serverless app where the environment variables from your backend are automatically set in your React app. You don’t need to hard code them anymore and they work in your local development environment as well!